In case you did’t know, we are a family of six. My husband and I have four children ages 9 through 1. We travel with our kids all the time but our longest flight had been only about 4 hours total. Our kids know the drill and for the most part are great at flying. Now that they are older it is way easier! They help with their backpacks and can even take their own shoes off and all that fun stuff. So, we decided to just go for it, take the 11 hour journey to Brazil. I heard horror stories that gave me anxiety, but thank God I also heard sound advice from people like us, you know, the kind that think it is well worth the effort and it will be fine! The flight time was 10-11 hours from Dallas to Sao Paulo, not including the 1 hour layover we had in Houston.

We flew with United Airlines and to my surprise, they can give you a bassinet for babies to sleep in since it is an overnight flight. It is first come-first serve kind of deal so you have to hurry to the counter and let them know you need it. Like I said, it is an overnight flight. From 10 pm to 8 am our time. I had a few issues with some of the flight attendants, they wanted me to take the baby out of the bassinet every time the ‘fasten your seat belt’ sign turned on, which was about once an hour. Are you kidding me?! Ummm, no I won’t thank you. Most of the flight attendants told me to use my best judgement but they do recommend I take her out. On both the flight there and the returning flight, there was one flight attendant that was vocally upset and felt that I was undermining their authority. If you know me, you know I have no interest in people like that. I was polite and smiled but that only seemed to make them more upset. In anycase, it didn’t affect my night.

So we get to Brazil, I couldn’t believe it, we made it!! Only problem is our luggage didn’t make it. It would be delayed for at least 24 hours! This is when I wanted to cry. My daughter would not drink cow milk at that time, only almond milk. I did some research and could not find anything online. My husband asked his family that lived in Sao Paulo and they too had not seen any almond milk. So, I took a luggage full of almond milk. I also took her diapers from The Honest Company because she is allergic to regular diapers. I know, I was really positive and tried to focus on the positives…it would all be worth it in the end. However, our luggage didn’t arrive. We bought some pj’s and basics for a day. Found some Pediasure that baby liked and decided to stay positive.

At first glance Sao Paulo is HUGE! It isn’t your typical third world country. Sao Paulo is a booming city with European influences. The architecture is very eclectic. You’ve got old and new everywhere you see. We loved that! We stayed in Higienopolis, right down the street from cousin Gustavo and cousin Vivi. They were so sweet and hosted us the whole 11 days we were there. We rented an apartment through VRBO, it was bigger than I expected and had all the American amenities we are use to. We enjoyed it greatly.

I will say that no one in Sao Paulo speaks Spanish. I was told that if you speak Spanish you can get by. Um, so not true! I found that English got me around more than Spanish. It is a Portuguese speaking country and that’s it. We often used hand gestures, sometimes we would start busting up in hysterical laughter because we looked like the biggest dorks acting like chickens trying to explain eggs, lol!  After a few days we got the hang of some important words like milk, chicken, good morning, thank you and so forth. My kids loved the culture. Sao Paulo didn’t seem like a child friendly place when we first arrived. It is very much like New York in the sense that you try not to drive because of the traffic and most places are small and crowded. You walk everywhere and having four kids makes everyone stop and look. However, Brazilians are some of the sweetest people I have ever met! Even elderly couples would stop and smile and talk to our kids. They love family and children. It was such a refreshing environment to be in. Children give them life, they’re not a bother. One time we were even walking down the street to our favorite restaurant and a lady with her family where stopped at a red light in their car. Their window was open and they started to say how beautiful our children were and kept calling Matilda a doll. I mean really, melted my heart! So adorable! Our boys got use to strangers touching their hair and they would constantly say “Obrigado” which means thank you. It was so welcoming. I will share some bits of pieces of our trip in a few blogs because I have so much to share!

Here we are at the Airport having dinner at the only restaurant open since it was 10 pm. Again, staying positive is key! :) 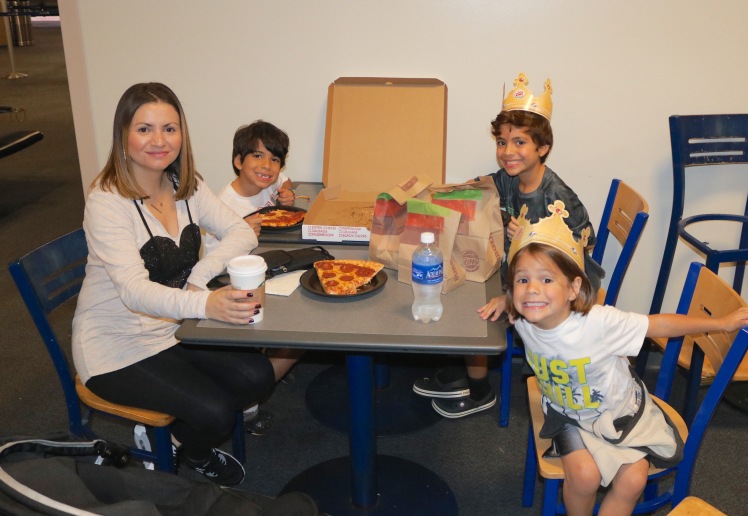 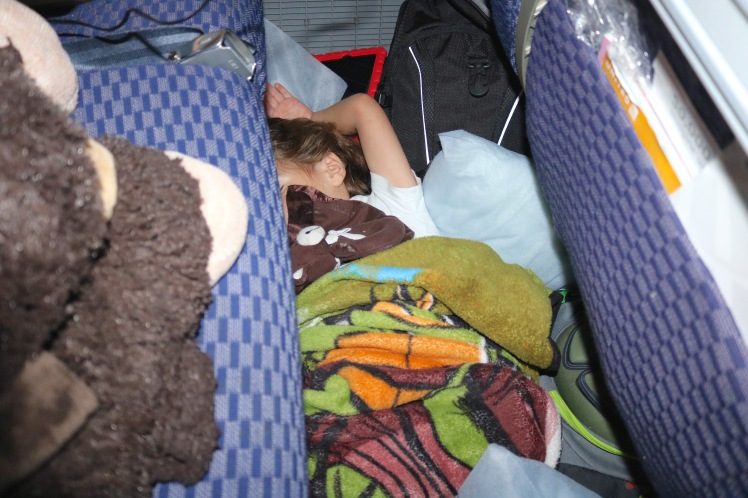 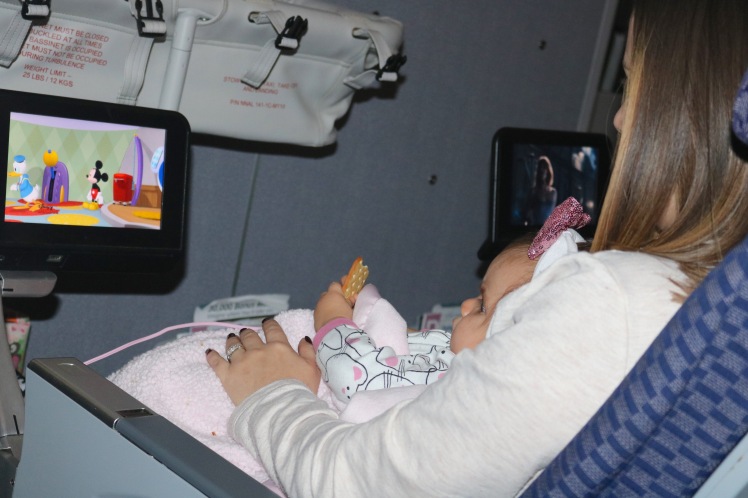 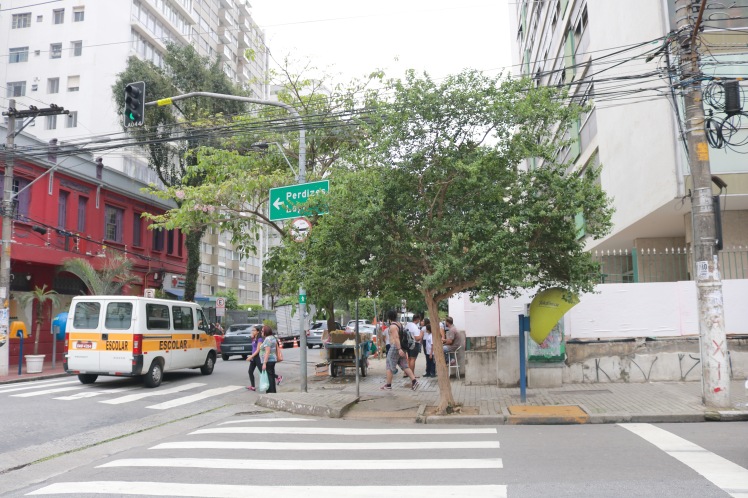 Shopping Higienopolis. This mall doesn’t appear very big but it is huge! And a life saver during our entire trip. 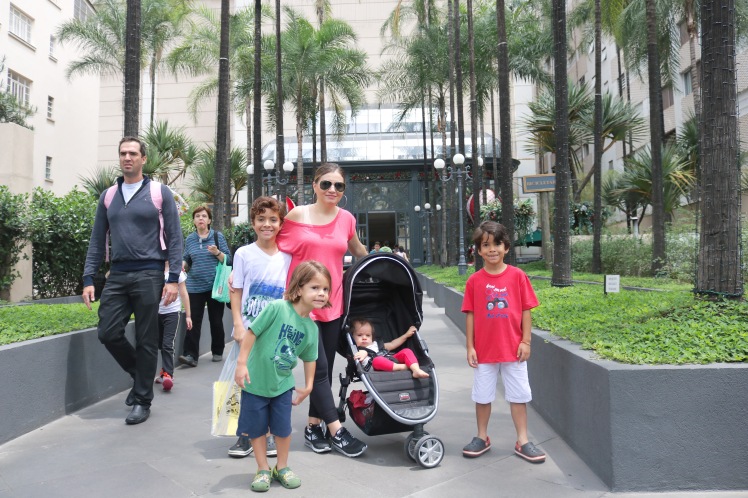 Having breakfast right across the street from our apartment. We ate at Padaria Baronesa almost every morning. Our waiter knew our usual and we mostly communicated through gestures. Ha! 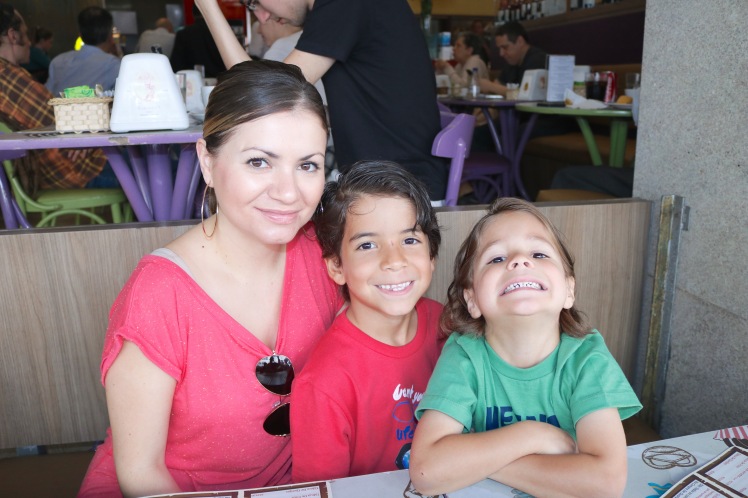