We visited Avenida Paulista, a tourist area. It was a great place to visit. You really get a glimpse of that city life. It is surrounded by large buildings, but there are also huge trees and amazing parks that look like jungles right smack in the middle of the city. It was breath taking. 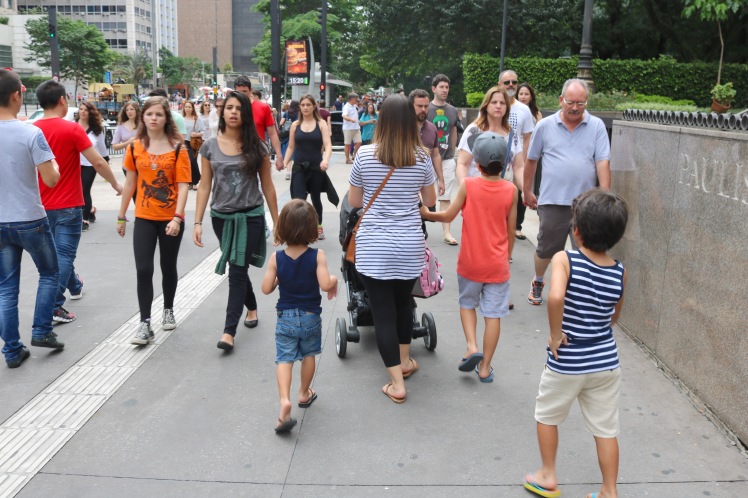 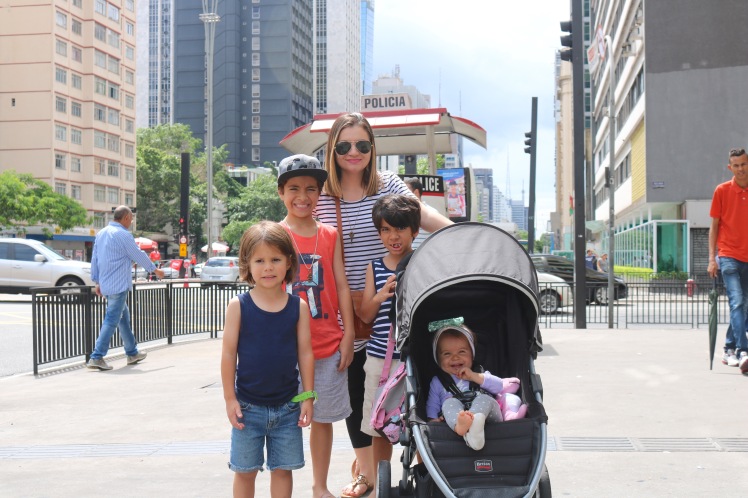 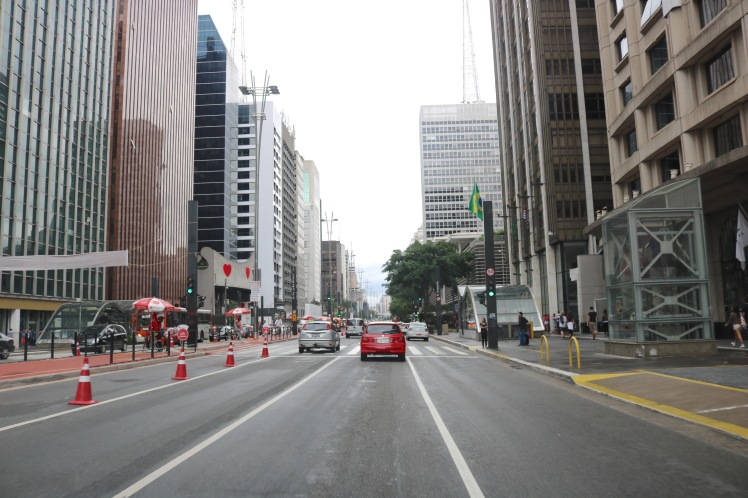 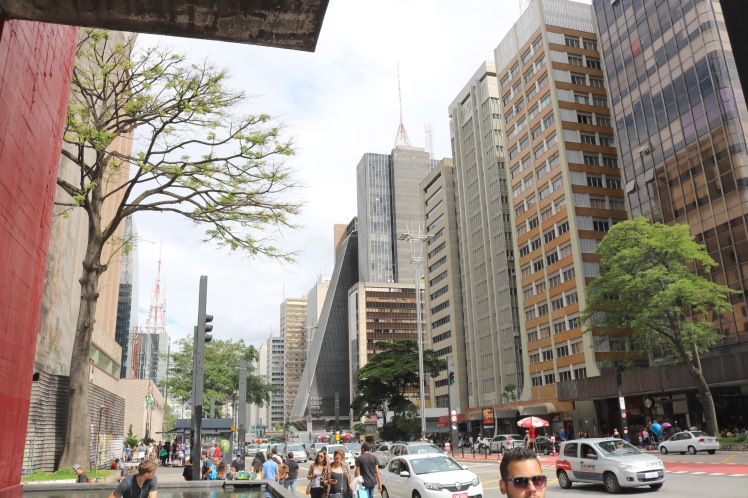 Right under the museum, in the middle of the city there is a ledge, you can overlook the city and it’s beautiful landscape. We captured this photo of the boys holding hands, a memory I will never forget. 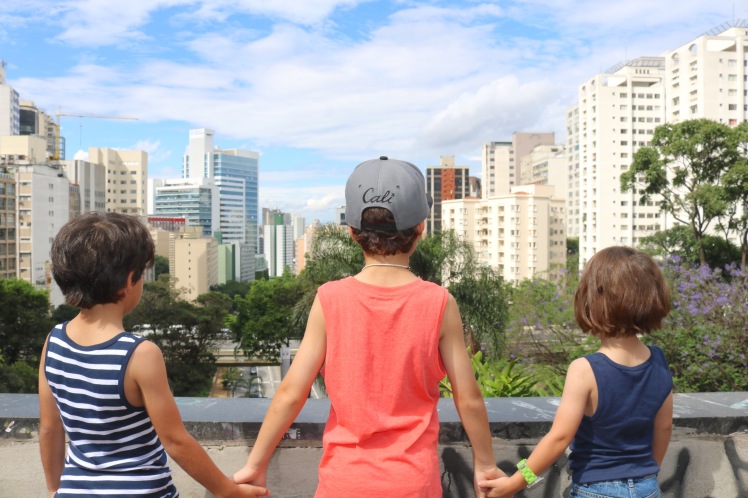 My hot husband busting some moves with the boys. There was music playing in the background, our Latin blood calls to dance :) He was actually “battling” with them. I was laughing so hard but the boys were having a blast!

Matilda was hot and a little tired but she was still smiling.

Across the street from the museum were some street vendors and a beautiful park. It was phenomenal! 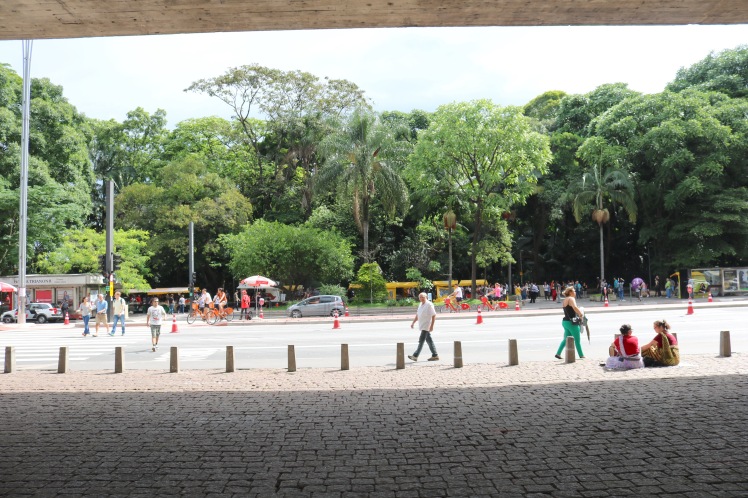 I took my camera inside the park and took just a few photos when a guard told me I was not allowed to take photos. I couldn’t capture the beautiful grounds. It is enormous, with walking trails and play areas for kids. What a gem!

One of my most favorite memories in Sao Paulo. There was a man dressed as a clown with music playing and chalk. He encouraged everyone to write something positive, inspiring, loving on the sidewalk. We were so excited to take a moment and leave our mark, even if just temporary. 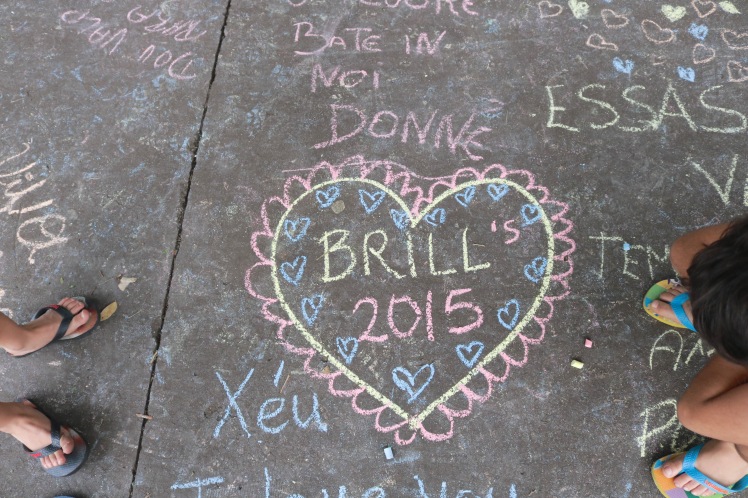